Rethinking the Ranch for a New Beginning

Many baby boomers who’ve spent most of their adult lives raising their families in dream homes are gradually coming to grips with a new reality: that, as their kids grow up and leave home for lives of their own, the once dream home has simply become too big and too much of a burden.

Danny and Cindy Proctor were one such couple. They wanted to downsize their home while still having plenty of room for their children and grandchildren. Their search began by looking at properties in familiar neighborhoods. When they found a traditional 1950’s ranch home, they knew it had hidden potential. They loved the large windows and the natural light, bright feel of the individual living spaces. For some people, it would seem a daunting task, but they’ve taken on numerous projects in the past and were ready for one more! Danny worked in the construction industry for years, and he knew they would be able to break through the walls that separated the common spaces of the traditional ranch floor plan. And, that’s just what happened.

Prior to the remodel, immediately when you walked into the home, the entry space was closed in and confining. The kitchen, dining and living rooms were all a good size but visually felt small. By opening up the walls of this traditional ranch, they let the light shine through the rest of the house.

When deciding to remove as many of the walls as possible, they carefully considered what needed to stay and how they would maintain the structural integrity of the home. They removed the shared entry and kitchen wall and an awkwardly placed pantry. For structure, they kept a corner of the pantry and camouflaged it as a decorative column.

The new u-shaped kitchen design was really important to Cindy. She loves to cook, and as her kids’ favorites have become her grandkids favorites, she needs a generous amount of counter space to prepare for family gatherings. A peninsula provides ample counter space and tons of seating. The cabinetry features as many drawers as possible to maximize the storage space and ease of access and organization. Pull-outs on each side of the microwave conveniently store spices within arm’s reach of the cooking and prep areas. Slate appliances and contemporary cabinet pulls give sleek modern touches, while the beautifully marbled granite gives the countertops movement.

Overhead, the homeowner created custom lighting fixtures by re-imagining some metal accents from Hobby Lobby. All it took was a bit of imagination and some light kits. The result are unique one-of-a-kind fixtures that add a metal element to the design.

Light streams into the kitchen from the adjoining dining room. They welcome in the view that can be enjoyed no matter where you are. As the demo progressed, they noticed a two-and-a-half-inch sag in the dining room ceiling, and they installed a wood beam in order to correct it. They stained the beam a dark color. By leaving it exposed, it visually defines the dining space, which is appointed with a comfortable dining table and chairs.

As walls came down, the open and spacious home revealed itself. The walls that closed off the living and dining rooms and traditional hallway to the bedrooms were replaced with columns, satisfying the structural need while repeating a striking architectural feature.

In the living room, the original fireplace was painted, and they added custom-built shelves on either side to unify the wall and give it a designer feel. It’s amazing how a simple fresh coat of paint can completely update elements in a home. The simple design has created a beautiful focal point in the room. They are thankful that the original homeowners put such large windows in the home. This makes everything feel light, bright, and the house feels twice as large.

In order to create a cohesive design, all of the rooms were painted a fresh light grey color, and new prefinished wood flooring was laid throughout. New crown molding and trim was installed to add to the modern design choices.

The Proctors have created a home that is perfect for them. Every bit of the home has a purpose and is used each day. Each choice they have made complements another and has allowed them to spend more time with family instead of doing maintenance. The whole project has resulted in a true family home and is making a memorable lasting impression on their new beginning. 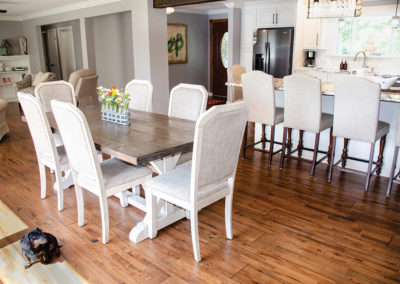 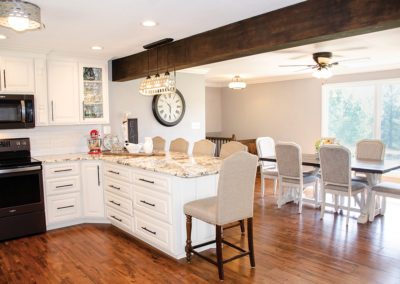 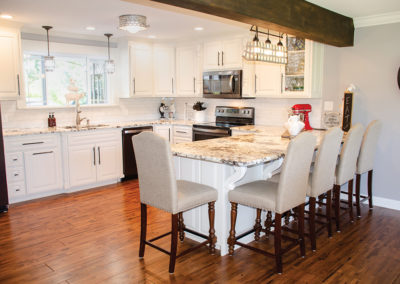 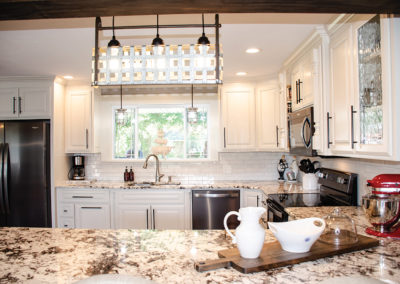 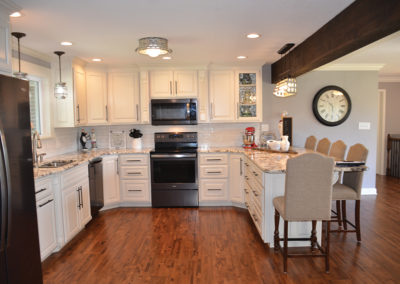 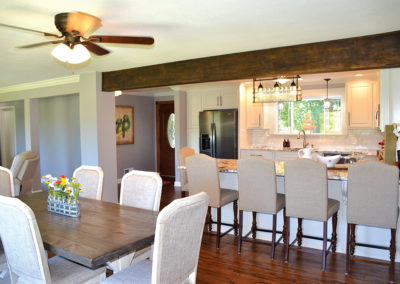 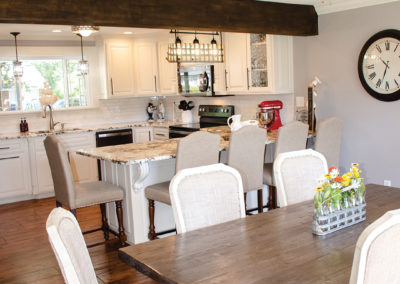 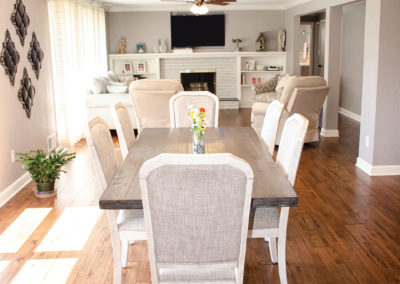 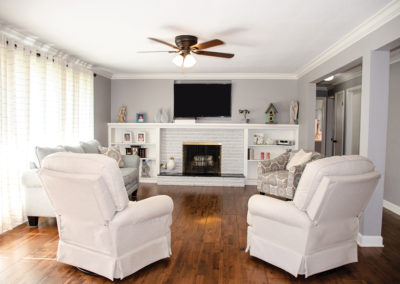 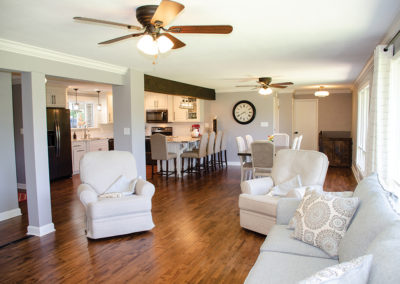