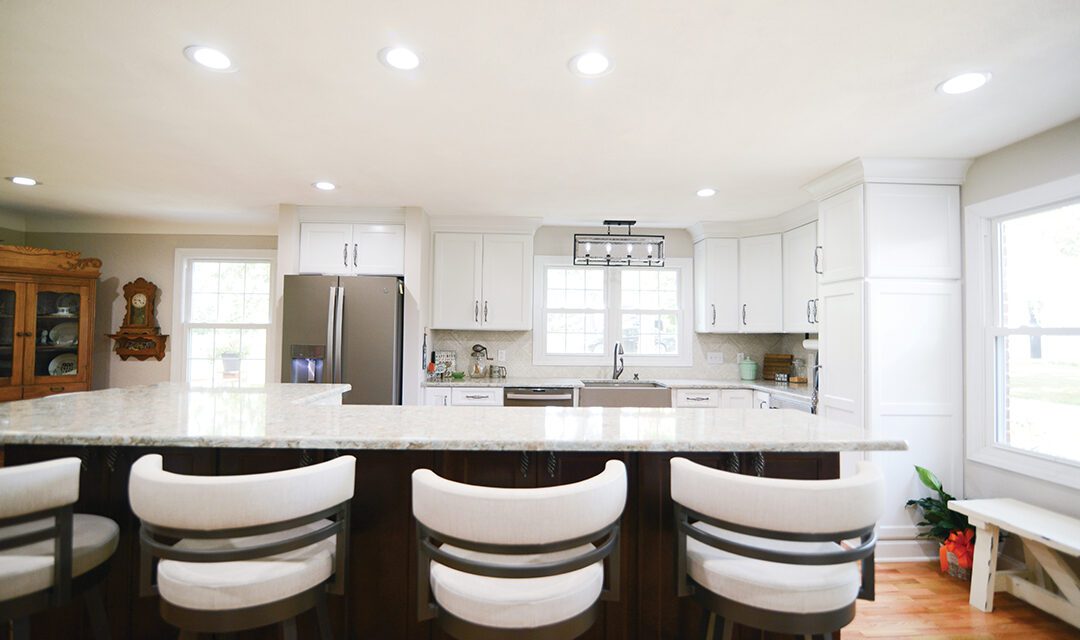 In 1987, Tricia Temmen’s father purchased a tiny farmhouse overlooking fertile cropland in Bland, MO. Over the years, this home has gone through several remodels. The most recent was done in 2020 by Trish and was, by far, the most dramatic. To say that this remodel was a challenge is an understatement!

When Trish and her two children moved back into the home in 2018, the kitchen had green linoleum on the floors and tile on the walls. Much to her delight, there were hardwoods under most of the floors, except the kitchen. She had new hardwoods woven seamlessly into the original floors, allowing for the perfect blend of the old with the new. The extensive trim work throughout the living and kitchen area was no small project.

There was a support beam in the way of opening the kitchen up, which had to be moved into the attic space. Once the support beam was out of the way, the cove ceilings in the new dining area needed to be recreated to match the old ones. Gas lines, plumbing and electric needed to be moved. Trish contracted to have the gas line moved to the new island in the middle of her, now open, kitchen. Again, the work was no small accomplishment and Trish couldn’t help but recognize how many great suppliers she had throughout this challenging project.

Trish repurposed a large barn door that she received from a friend as a sliding pantry door. The living area is open to the kitchen and dining and is home to a large comfy sofa, the plushest carpet, and some of Trish’s treasured quilt collection.

The middle part of the house stayed mostly the same – some paint, flooring, trim and furniture updates – and those rooms were completely suitable. The master bedroom, however, received a major facelift. There was an ongoing problem with the ceiling cracking, so she put on her thinking cap, came up with a plan, and executed it perfectly. She white-washed shiplap and had it installed over the entire ceiling. It brings so much texture and personality to the room, while keeping it light and airy.

Trish installed automatic blinds that most conveniently change direction with the push of a button. This space has, arguably, one of the best views of the expansive property. Through her large bay windows, she can look across the land that her father has dedicated his life to. What a special gift to share with her dad, whose gravesite is just beyond her window.

Trish has no intention of leaving this place with so many memories. Instead, she has some big plans for the future. Trish still wants to finish the basement remodel and intends to build a garage and dining area so that it can accommodate a huge table where everyone she loves has a seat. An oversized table is the one aspect from the original home that she and her guests miss. This final update will be the perfect way to remind Trish and family what is wonderful about both the old and the new. 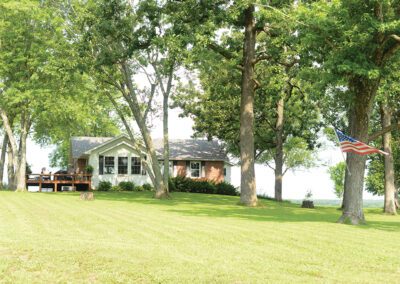 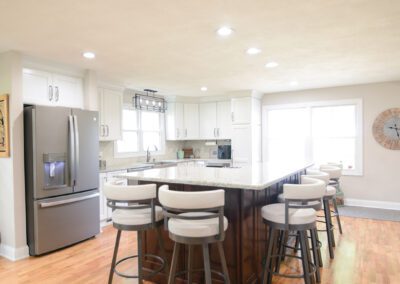 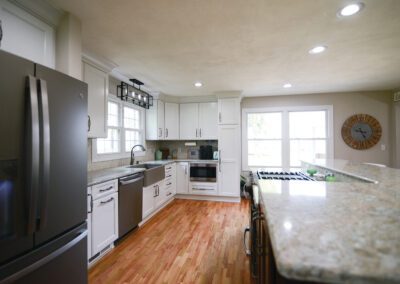 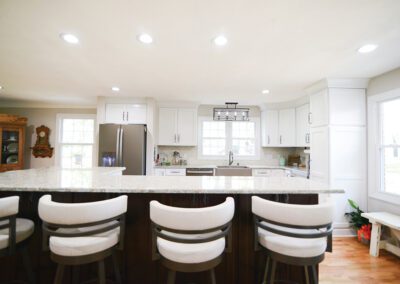 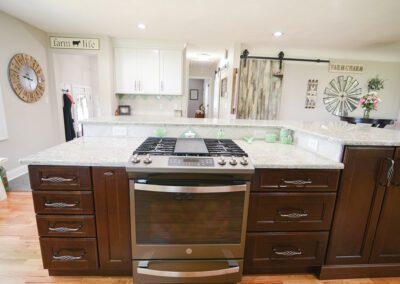 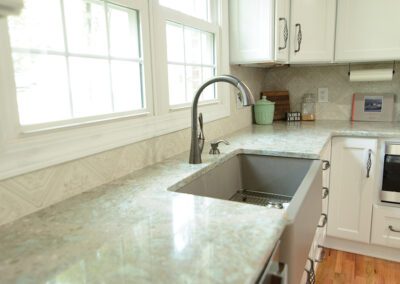 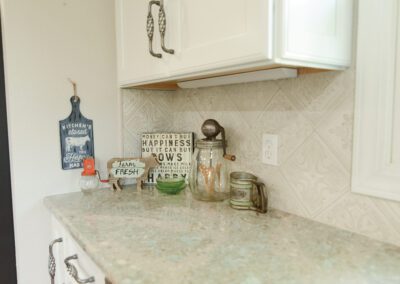 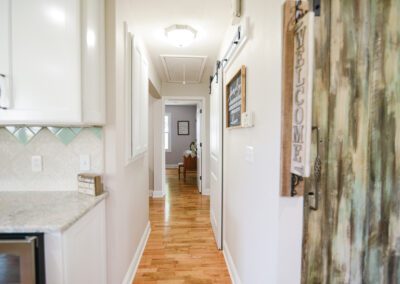 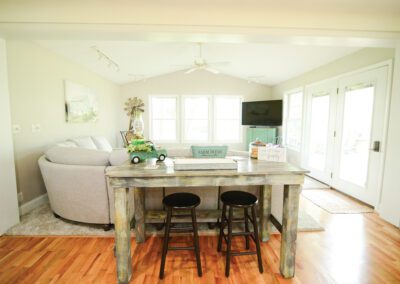 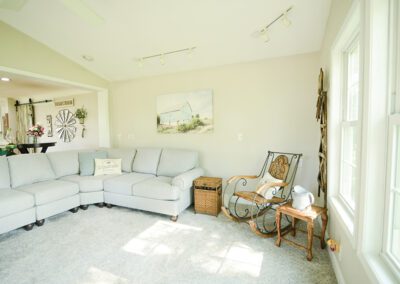 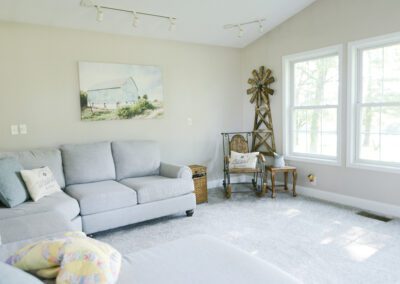 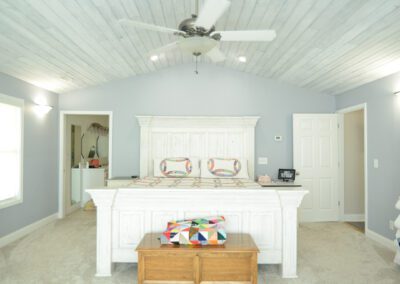 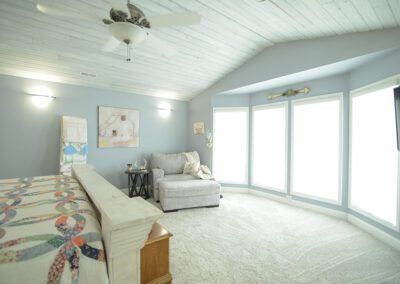 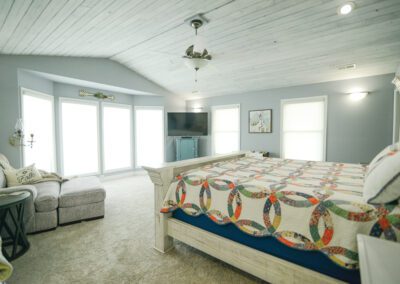 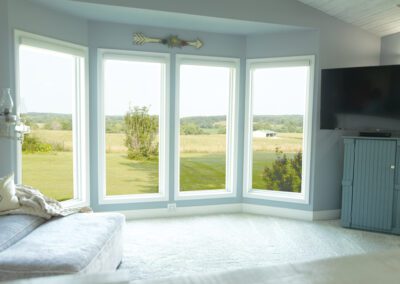